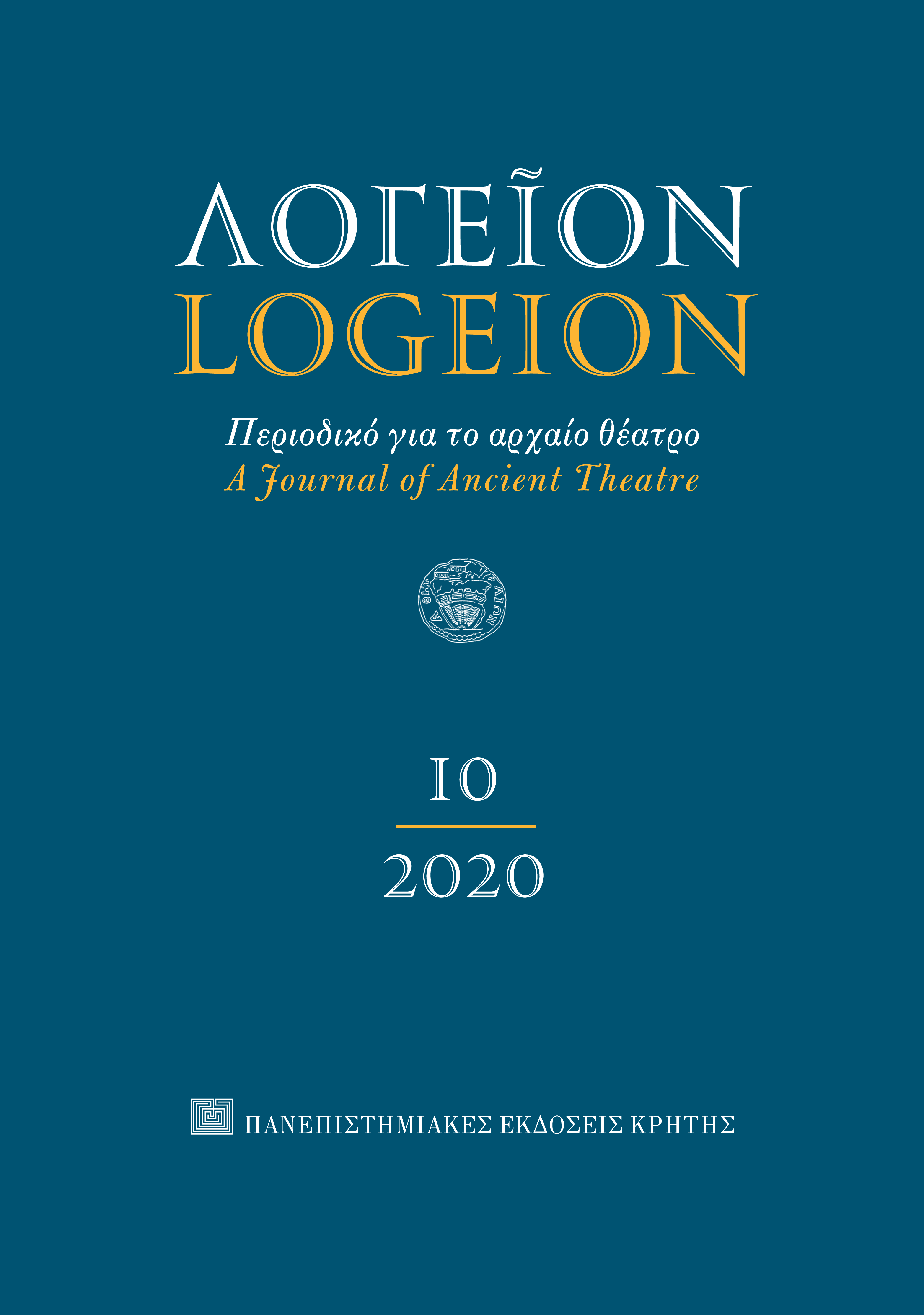 The spectacular excavations of Chr. Papastamati-von Moock in the theatre of Dionysus Eleuthereus in Athens have inter alia given clear evidence for a rectangular wooden theatre above the holy precinct of Dionysus, including a rectangular orchestra in the first half of the 5th century bc , if not earlier. This rules out the assumptions of A. Müller and U. von Wilamowitz about a circular orchestra in early fifth century and a high mound, the πάγος, in the middle of it (so Wilamowitz) or at its eastern border (so Hammond). There remains the question if there was a skene building in the Dionysus Theatre before the Oresteia (458 bc ). The evidence of the dramatic texts, especially the Supplices (463 bc ), the Seven against Thebes (467) and the Persae (472bc), points to a covered gallery with side entrances near the eisodoi, with a door in the middle, if needed, and an exit at the top of it for roof scenes. The stage building was primarily used by actors, who had to change their costumes unseen by the spectators; this was crucial also for pre-Aeschylean tragedies, which were performed by only one actor. Traces of a wooden stage building are found outside Athens, in the Amphiareion of Oropos and Thorikos, namely limestone blocks with square depressions on their top side, in which posts for the wooden framework of the skene building were inserted. Perhaps two such blocks can be identified too in the theatre of Dionysus.